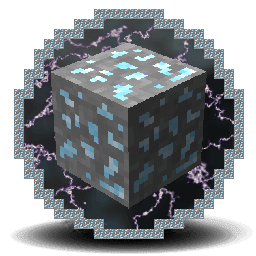 A 9 gig Diamond OC server will allow you to have a vanilla server capable of housing several players2 players. You can also enjoy an exciting modpack3 server.

Feel like taking on a challenge? Try surviving the Blood Moon where you can’t sleep through the night on Resonant Rise. Battle against Bandits found in various types of forts around the world. Grow almost any resource with Magical Crops. Construct an advanced computer with Applied Energistics 2. Work towards gaining powerful tools, weapons, armour, and power with the Draconic Evolution mod. You will need this advanced Draconic equipment to survive the Chaso Dragon.

Some of the possible options for this server include: